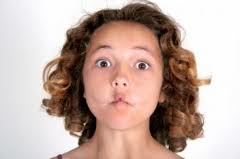 So, what is Omega-3? Considered a “good fat” or polyunsaturated fat, Omega-3 plays an integral role in normal brain function and development. It is key in promoting the transmission of signals between neurons. Although our bodies cannot produce Omega-3, they naturally occur in walnuts, flaxseed, and fish; however, the most concentrated and abundant source comes from fish oil supplements.

In particular, children with ADHD need more EPA and DHA than others. The February, 2009 issue of “Pediatrics and Child Health” provided results from their study on Omega-3 and ADHD. After a 16 week period of daily Omega-3 use, 26 children achieved and maintained symptom control.

Another study by the University of Adelaide in Australia gave 130 children with ADHD, ages 7-12, fish oil capsules daily. This resulted in dramatic improvements in behavior within three months. After seven months, the children were not as restless and showed progress in school. After 15 weeks, 30-40% had improved, and after 30 weeks, the percentage of children benefiting from the fish oil increased to 40-50%. Also, better concentration and attention showed in one-third of the children. Improvements were still being seen after the study ended, which suggests the fish oils may have long-term effects. When the researchers compared their results to studies of Ritalin for ADHD, they found that fish oils were more effective.

Numerous studies conducted in all parts of the world on the effect of supplementing with Omega-3 from fish oils have shown similar results, leaving a strong impression that some children with ADHD can benefit from taking omega-3 supplements. Most studies typically administered around 500-1000 milligrams (mg) of fish oil daily for ADHD patients. To date, no adverse effects have been reported. 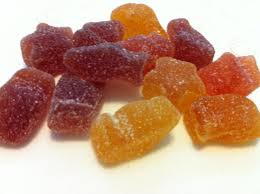 As one of the most well-researched supplements, fish oil proves to be effective and safe for supporting normal healthy functioning. Most fish oil supplements break down the number of Omega-3, EPA, and DHA on the bottle. With the explosion of customers seeking fish oil for their children, many companies have introduced flavored gummies and liquid fish oils. The liquid tends to be the most economical and concentrated form; plus, juice will mask the flavor if you have a picky child on your hands.

Tell me what you think! Cancel reply

This site uses Akismet to reduce spam. Learn how your comment data is processed.